HUMS 212, The Mystical Poetry of Judaism and Islam 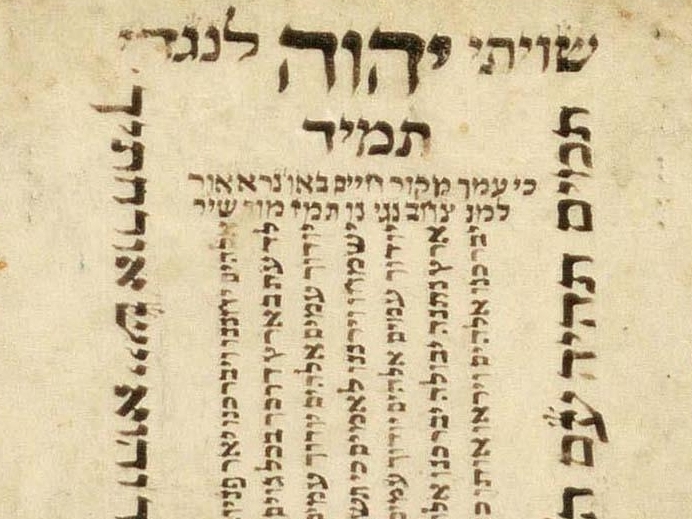 Poetry and song run through the heart of both Judaism and Islam, and so-called mystical verse plays a vital role within both traditions. This class looks at key works from both of these bodies of verse, on their own terms and in relation to one another. It also examines the cultural and historical matrices that gave rise to the poetry.

Subjects range from alphabets of creation, the poetry of ascent, wine poetry, and the divine nature of the beloved to negative theology, interacting planes of macrocosm and microcosm, antinomian breakthrough, and, above all, poetry’s power to bring about critical transformations of consciousness.

Readings are drawn from the Bible, Hebrew visionary poetry of Late Antiquity (Poems of the Palaces, Book of Creation), pre- and early-Islamic material, the Qur’an, the Arabized Hebrew of two major Andalusian poets, Solomon Ibn Gabirol and Judah HaLevi, the syncretic Sufism of Ibn al-‘Arabi and of the great Persian poets Rumi and Hafez, the extensive Kabbalistic tradition that developed in 13th-century Spain and 16th-century Palestine, the hybrid liturgy of the Muslim-Jewish Donmeh of Salonika (and their Turkish precursors), Ghalib’s Urdu ghazals, Kabir’s Bhakti-influenced vernacular Hindi poetry, and secular transformations of this mystical material into the modern era. All work is read in English translation. Material in the original languages is available to interested students.

This class has never been offered before at Yale. Testimonials come from student course evaluations of other courses taught by these two professors.