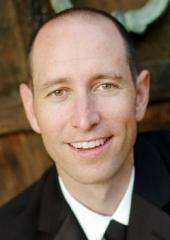 During his senior year in the Humanities major, Jason also pursued a master’s degree in clarinet performance at the Yale School of Music. After finishing up both degrees, he attended the Peabody Institute in Baltimore to study conducting with Gustav Meier. While in the mid-Atlantic region he directed the orchestra program at the Baltimore School for the Arts, an urban arts high school, and had his professional debut with the National Symphony Orchestra at the Kennedy Center. After continuing to work with the NSO for several seasons, Jason relocated to Iowa, where he is currently music director of the Waterloo-Cedar Falls Symphony. He has been active teaching clarinet, conducting, and performing chamber music at the university level in Iowa, and in the past year traveled to guest conduct the orchestras of Kansas City, Memphis, and Daejeon, South Korea.

On the Humanities major: I owe my involvement in the Humanities major to a fellow student who pushed me to look into it—probably the best advice I’ve ever received. I remember the program as incredibly stimulating from an intellectual perspective, particularly in the way that it allowed our small, close-knit group to explore and even challenge a variety of historical and aesthetic concepts.

I invariably get funny looks when I tell colleagues or students that I don’t have an undergraduate degree in music. But, to be honest, I cannot imagine a better educational background for a conductor than the thought-provoking approach to intellectual history provided by the Humanities major at Yale. I use the skills and knowledge gained in the major in every facet of my work—from making historically informed artistic decisions about pieces I perform; to presenting talks, interviews, and pre-concert lectures; to advocating for and articulating the value of concert music of our own time.