HUMS 216, Democracy and Race in America 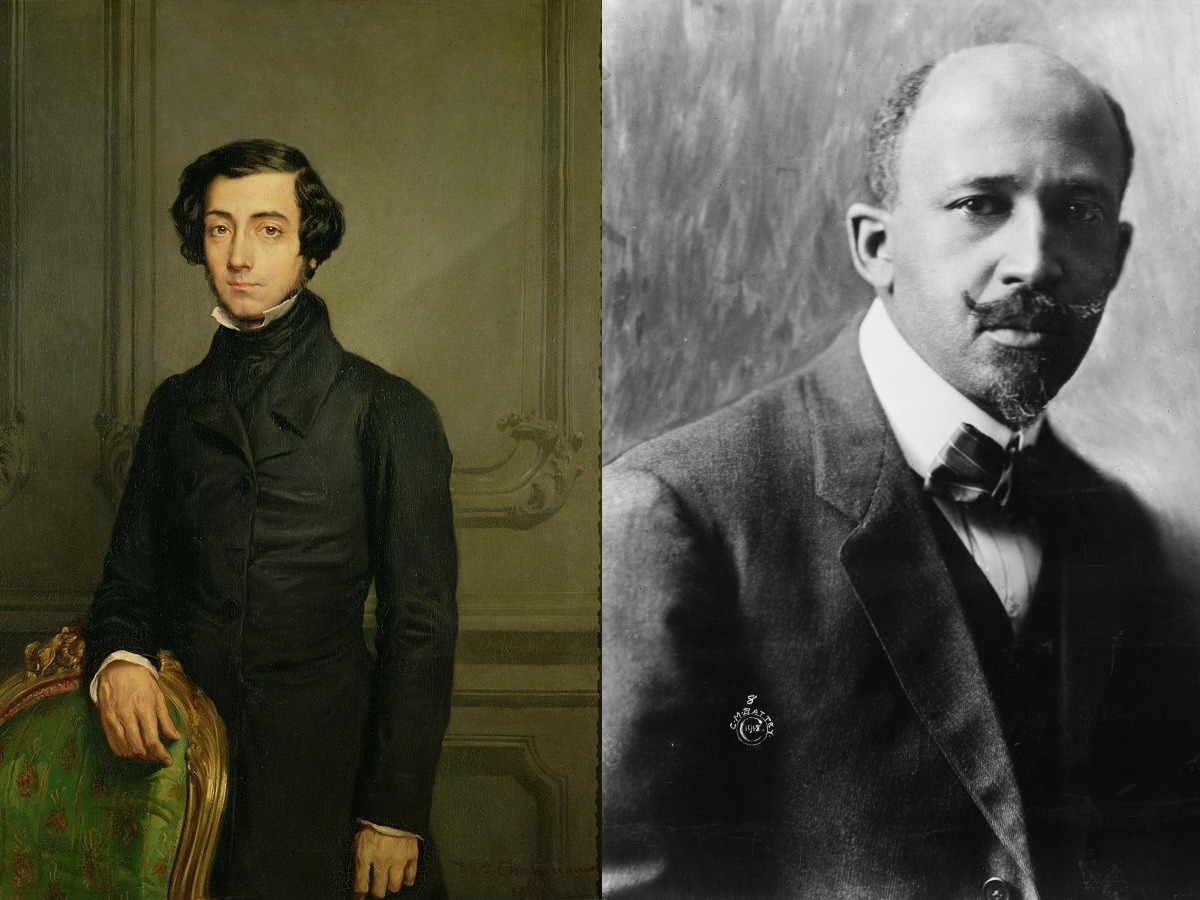 Racial and economic inequalities have remained unsolved problems in American democracy since independence. For this reason, both historian Eric Foner and poet Amanda Gorman recently claimed that American democracy is still unfinished. To what extent and in what ways could pre-civil war America be considered democratic? What challenges did the democratic project face in the aftermath of the civil war and slave emancipation? How do these challenges still influence American political life? This seminar addresses these questions with the two classical texts that are rarely read together: Alexis de Tocqueville’s Democracy in America and W. E. B. Du Bois’s Black Reconstruction in America.

Tocqueville’s Democracy in America (1835-40) shows the aspirations and internal tensions of America’s institutions and society in the Jacksonian era. We will focus on the processes of public opinion formation, the role of political parties, inclusive and exclusive dynamics, the tyranny of the majority, racial privilege, and the ways in which threats that growing economic inequalities threaten democracy.

W. E. B. Du Bois’s Black Reconstruction in America (1935) interprets post-civil war reconstruction as a moment where the possibility of a “democratic front” bringing together emancipated African Americans and white Southern farmers and Northern industrial workers emerged and tragically failed. The book – a masterpiece in political sociology and a thrilling historical narration – also explores the questions of how and to what extent federal policies and agencies can transform local communities, shape beliefs, and enact reform. We will focus on Du Bois’ criticism of capitalism, his case for the cultivation of Black leadership, and his vision for a radical democratic future for all Americans.

The seminar will put these classic texts in conversation with 19th and 20th century interlocutors, and with contemporary challenges to democracy in America and beyond. The last four weeks of class are devoted to applying the tools and insights of these authors to contemporary political problems, such as the prospects for democratic anti-racism, re-invigorating social thought and criticism, and decolonization. Historically-minded and philosophically-oriented students of the present alike will find this class useful.