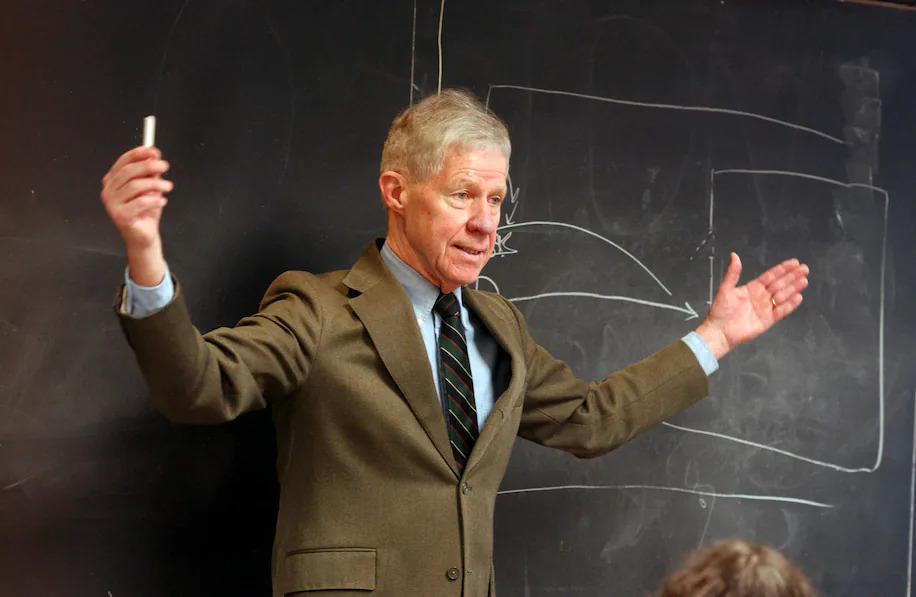 Professor Hill taught in Directed Studies for almost twenty-five years, introducing generations of Yale students to the serious study of the history of political ideas and to contemporary questions of diplomacy and statecraft. He came to Yale after a career in the Foreign Service. After postings in Zurich, Taiwan, Hong Kong and South Vietnam, he served in the State Department in advisory roles on a range of issues from China to the Panama Canal and, later on, especially on Middle East issues. In the 1970s he was a speech writer and advisor for Secretary of State Henry Kissinger and in the 1980s he served as Executive Aide to Secretary of State George Schultz. From 1992 to1996 he served as advisor to the Secretary General of the United Nations, Boutros Boutros-Ghali.

On retiring from public service, Hill came to Yale as Diplomat-in-Residence in International Security Studies (and, later, Brady-Johnson Distinguished Fellow in Grand Strategy). With historians John Lewis Gaddis and Paul Kennedy, he co-founded the Brady-Johnson Program in Grand Strategy. He was a devoted instructor to first-year students in the Directed Studies program, famous on campus for his serious approach to texts, his generous mentoring of students, and his essential and vivid blackboard diagrams. Many students would continue to visit his Friday afternoon office hours throughout their time at Yale, and would often stay in touch long after graduating.

Professor Hill authored three books: Grand Strategies: Literature, Statecraft, and World Order (2010), Trial of a Thousand Years: World Order and Islamism (2011), and The Weaver’s Lost Art (2014). He received the Superior Honor Award from the Department of State in 1973 and 1981, the Presidential Distinguished Service Award in 1987 and 1989, and the Secretary of State’s medal in 1989.

Among those left behind is his wife, Professor Norma Thompson, also a beloved member of the DS and Humanities Program faculty. A memorial service open to students, alumni and colleagues will be held at a future date.

The Yale Daily News has published a tribute to Professor Hill here.