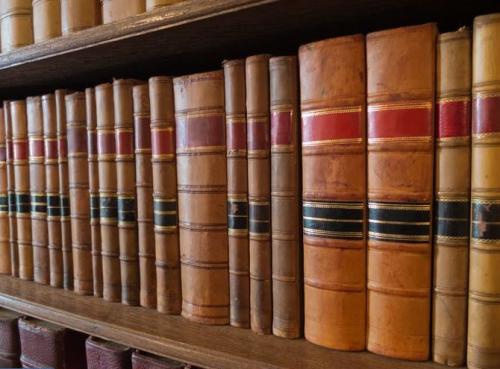 At a time when many of the values that underpin our democracy are under threat, educators of whatever political disposition should introduce students to the history of ideas that have shaped our contemporary world, write Casey N. Blake, Roosevelt Montás and Tamara Mann Tweel.

In December, some 250 students, professors, university administrators and other citizens attended a daylong conference organized by Columbia University’s Center for American Studies on the theme of “Democracy and Education.” The event took the centennial of the publication of John Dewey’s classic book of that title as an occasion to consider how schools, colleges and universities might reinvigorate civic education with new pedagogies and partnerships with community organizations.

The stakes could not be higher. As Dewey wrote, “Democracy has to be born anew every generation, and education is its midwife.” The recent election added urgency to the day’s discussion, throwing in relief the question “What does democratic education mean today?”

Years ago our keynote speaker, the political philosopher Danielle Allen, grappled with that very question as she taught Great Books courses to night students at the University of Chicago. The Declaration of Independence became the sole text for one of those seminars, as she invited the students to join her in parsing each line of the country’s founding document. Allen explained in her book Our Declaration, “I wanted my students to claim the text …. I wanted them to understand that democratic power belonged to them, too, that they had its sources inside themselves …. I wanted them to own the Declaration of Independence.”

Ownership of the democratic tradition is key to a civic education. Allen understood that if students formed a personal relationship with a text, if they acquired it as a work that awakened their own civic intelligence, they would move from passive recipients of a heritage that they didn’t believe was theirs to active participants in shaping their country’s democratic future.

Allen is not alone in this insight. Programs across the country have begun to teach Great Books to underserved populations, be it:

The students in these programs – whether prisoners, the homeless or first-generation college applicants – have mastered major works in this country’s literary, moral and political traditions and in the process mastered themselves as thoughtful individuals and citizens. The aim of such an education is what Allen has elsewhere called “participatory readiness”: “verbal empowerment; strategic and tactical understanding of the levers of political change … and the ethics of their use; and democratic, associational know-how.”

The “Democracy and Education” conference took place the day before the publication of a New York Times op-ed by Molly Worthen on Great Books camps sponsored by conservative foundations and other right-leaning groups. Worthen noted the different emphases and syllabi of those Great Books courses but added that all “seek to correct the defects they see in mainstream higher education by stressing principles over pluralism, immersing students in the wisdom of old books and encouraging them to apply that wisdom to contemporary politics.” She suggested that liberals should learn from the example of these conservative efforts and reminded readers of the intellectual traditions that shaped generations of progressive activists and thinkers.

The search for wisdom is not the same as the search for partisan advantage, however. The age-old goals of humanistic education are character formation and training in the civic arts, not the creation of political cadres. In a historical moment like our own, when many of the values that underpin our democracy are under threat, it is the responsibility of educators of whatever political disposition to introduce students to the history of ideas that have shaped our contemporary world. It is a self-destructive myth – for conservatives as well as liberals – to believe that an education in philosophical and literary classics is an education in political partisanship. And it is a grave strategic mistake for progressives to cede the study of political theory and the history of ideas to conservative boot camps and think tanks. Instead, we should all invite students to lay claim to the history of free thought, debate and the quest for justice that is the very foundation of our political tradition.

The canon is not a set of eternal doctrines once given and done with, but an ongoing argument that elucidates both the insights and the foibles that have shaped our public life. Entering into that argument gives students, in Scottish philosopher Alasdair MacIntyre’s words, “a grasp of those future possibilities which the past has made available to the present.”

Understanding the Great Books as a debate – and not a settled dogma – is hardly a new revelation. When Frederick Douglass rose on July 5, 1852, to commemorate the signing of the Declaration of Independence, close to 14 percent of the inhabitants of the United States was enslaved. Douglass seized the opportunity to uphold the ideal of American independence while excoriating the political heritage of oppression and hypocrisy: “Would you have me argue that man is entitled to liberty? That he is the rightful owner of his own body? You have already declared it.” Douglass, like all of our great leaders, from Lincoln to King and beyond, framed his moral argument in a shared tradition of foundational texts and essential values – in his case, the Declaration of Independence and the Enlightenment idea of individual liberty.

Those of us who have taught a classical curriculum of political thought to students from so-called disadvantaged backgrounds can attest firsthand to the transformative power of such an education. For eight years, Columbia’s Center for American Studies has partnered with the university’s famed Core Curriculum initiative and the Double Discovery Center, an outreach organization for high school students from low-income families who hope to be the first in their families to attend college, to offer a yearlong program to rising high school seniors that combines Great Books education with research into contemporary public issues.

The students begin with a three-week summer seminar on classics of political philosophy in the ancient, Enlightenment and American worlds. As they make their way from Plato and Aristotle to Locke and Hobbes and then the American founders, Douglass, Jane Addams, Dewey and Martin Luther King Jr., they enter into the centuries-long debate about the meaning of freedom and the promise of civic democracy.

They explore how the arguments at the heart of the tradition they are studying inform their own lives and the lives of other Americans who do not look or think the way they do. “I sit with Shakespeare and he winces not,” wrote W. E. B. Du Bois. These students take a seat at the table with Du Bois and those great thinkers who came before and after him. They hear echoes of Pericles’s Funeral Oration in Lincoln’s Gettysburg Address, of Plato’s Apology of Socrates in King’s Letter From a Birmingham Jail and realize they are not lone travelers on the road to a more decent society.

One morning last July, our students conducted a debate on the political principle animating the familiar term liberal. Rather than a partisan attempt to ingrain a certain set of ideas into the minds of our students, our syllabus presents the term as an argument embodied in two pivotal works in our modern canon: Dewey’s Liberalism and Social Action and Milton Friedman’s Capitalism and Freedom.

That day, the students split the class in two and asked whether liberty is best advanced by limiting state oversight over economic development or by expanding government policies to ensure that every citizen has a basic income. Which approach, they asked, is the greater threat to liberty? Is it government intervention in economic affairs, which might conceivably limit citizens’ ability to create new businesses and invent new careers, or the profound fear and lack of choice that comes from poverty?

Our students did not come to an agreement. Rather, they spent the morning and the following week putting these arguments in terms that mattered to their lives. They referenced Franklin Roosevelt’s Four Freedoms speech and reminded one another that, despite different approaches, both sides cherished the values of personal freedom and communal responsibility.

After the summer seminar, students in the Freedom and Citizenship Program reconvene in their senior year to embark on a research project on an issue in contemporary public life. Over the years, they’ve examined debates over immigration rights, access to voting, mass incarceration, human trafficking and other topics. Needless to say, they have voiced strong opinions about such issues and have often taken strongly partisan stands. That’s to be expected, especially at this historical moment. But their experience with the humanities offers them the skills they need to transcend sloganeering. They learn to weigh different positions with care, to step out of the immediacy of the daily news cycle and set conflicting policies in a larger historical context, and to see how different visions of the good life animate particular political positions. Above all, they learn the arts of persuasion and civil disagreement.

In a meeting after the election, the students offered different explanations for Donald Trump’s victory. Some saw his campaign as driven by racism. (Many of those students expressed fear about an impending wave of hate crimes against people like themselves.) Others countered that Trump’s supporters had many different motivations, and that some gave him their vote because of economic grievances. That is a familiar debate to those who have followed commentary since the election, but what was remarkable was the degree to which the students were able to express their convictions with passion and precision yet still listen carefully to their peers’ differing positions. They practiced the skills they had learned in conversations with past thinkers who had struggled with issues of civic belonging, personal freedom and social justice. They owned their political tradition.

Our Declaration of Independence holds that “Governments are instituted among Men, deriving their just powers from the consent of the governed.” The third president understood that consent would be the activity of an informed and educated citizenry. Today, colleges and universities have an obligation to educate students beyond their walls in civil discourse and our shared national arguments and traditions. Institutions of higher education should collectively commit to creating an informed citizenry by democratizing the Great Books and connecting our least-enfranchised citizens with the challenging, fraught and majestic tradition of self-governance.

Inside Higher Ed
Link to article