Corey Robin on “The Enigma of Clarence Thomas” 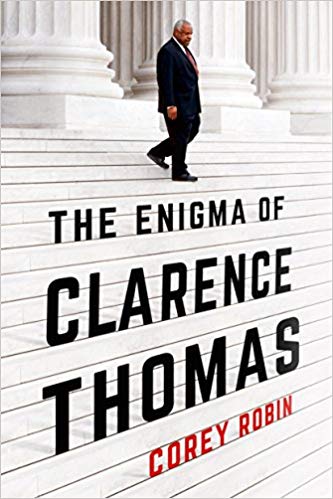 The Law and Political Economy Project and the Yale Humanities Program organized a seminar-style event with Professor Corey Robin around his new book, The Enigma of Clarence Thomas, on Monday, October 21st from 5:30-7:00pm in the Calabresi Faculty Lounge at Yale Law School. Corey Robin is a political theorist, journalist, and Professor of Political Science at Brooklyn College and the CUNY Graduate Center, as well as one of the most important voices on the history and analysis of conservative thought today.

In The Enigma of Clarence Thomas, Robin argues that the dismissal of Thomas’s jurisprudence as simply reactionary both inside and outside the legal academy has resulted in this critically important conservative figure not receiving the time and attention he deserves. Robin seeks to correct this oversight by delving deeply into Thomas’s biography and jurisprudence, reading his Supreme Court opinions against the backdrop of his autobiographical and political writings and speeches. Through so doing, Robin argues the hidden source of Thomas’s conservative views is a profound skepticism that racism can be overcome, which he traces to Thomas’s black nationalist roots. Ultimately, Robin argues, this racial pessimism cuts across the ideological spectrum and is key to understanding today’s political stalemate. For a fuller accounting of the book’s themes, see this excellent conversation between Robin and Joshua Cohen from the Boston Review.