From Partition to Kashmir: Writing King Lear as Modi’s India in We That Are Young by Preti Taneja

Dr. Preti Taneja teaches writing in prison and is an honorary Fellow at Jesus College, Cambridge University. Her novel WE THAT ARE YOUNG (AA Knopf, 2018) was an Amazon Book of the Month, and a Library Journal top 10 literary fiction pick of 2018. It achieved starred reviews in Kirkus and Publisher’s Weekly and was nominated for several international literary awards including the Rathbones Folio Prize, and Europe’s premier award for a work of world literature, the Prix Jan Michalski. It won the UK’s Desmond Elliot Prize for the best debut novel of the year.

Co-sponsored by the South Asian Studies Council (SASC) and the Humanities Department. 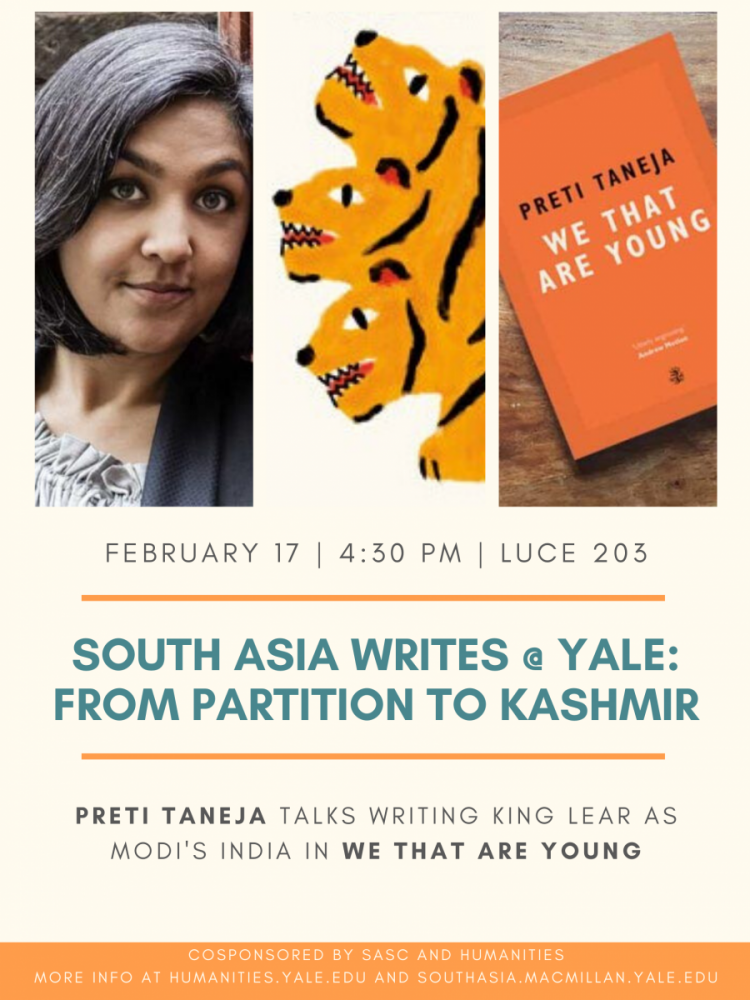